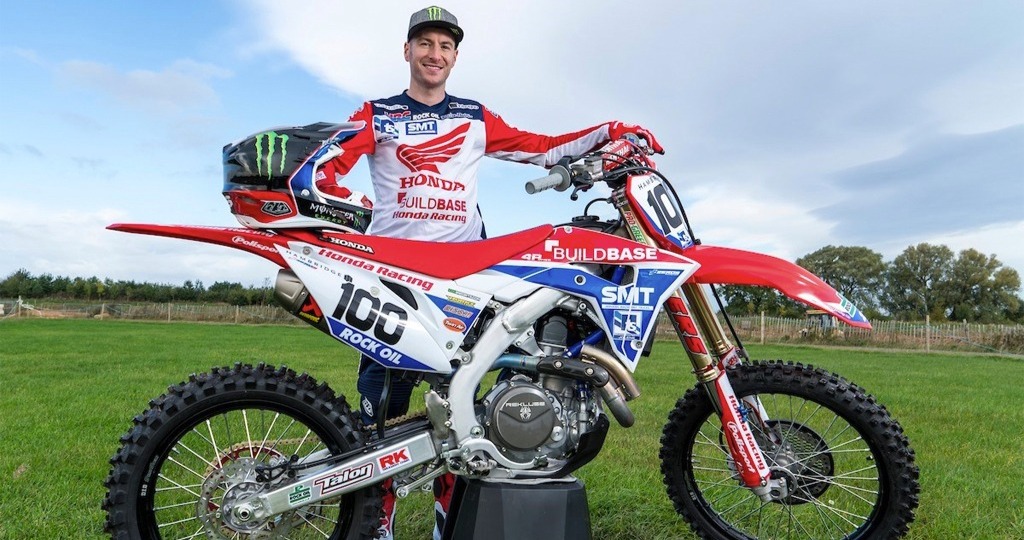 The 30-year-old, a three-time MX2 world vice-champion, will enter the championship riding a Honda for the first time in the shape of a CRF450R, alongside Jake Nicholls, competing in both the MX1 class of the Maxxis and Michelin MX Nationals series.

“I’ve been speaking to Dave about riding for Buildbase Honda for the last three years but my focus has always been on Grand Prix,” explained Tommy. “Now, however, I’m ready to step back from racing the world championship and I’m really excited to join the team.

“I’ve ridden the bike once and it’s great although that’s no surprise to me. For the last few years I’ve thought that if I was going to do a UK-only deal it would have to be with Buildbase Honda and Dave. It’s clear just how good their bikes are.

“I still love racing and my goal is to win everything I do in the UK. It will be tough as there are some very good riders contesting both the Maxxis and MX Nationals championships next year.”

Dave, a three-time world 500cc Motocross champion, is delighted to have a rider as talented as Tommy on his team.

“It’s great to have Tommy onboard,” said Dave. “It’s a similar scenario to what we have with Jake Nicholls – a great grand prix rider who has run out of enthusiasm for the world championship but still has got a lot to offer on a domestic level.

“It will be a very strong team and the CRF450R is an amazing bike – when Tommy rode it he was blown away – so everything is in place for a great season in 2020.”

“Tommy is a world-class rider. It’s great news that he’ll be riding a Honda next year alongside Jake Nicholls. Dave has assembled a very strong team and I’m sure both riders will be pushing for British championship titles in 2020.”