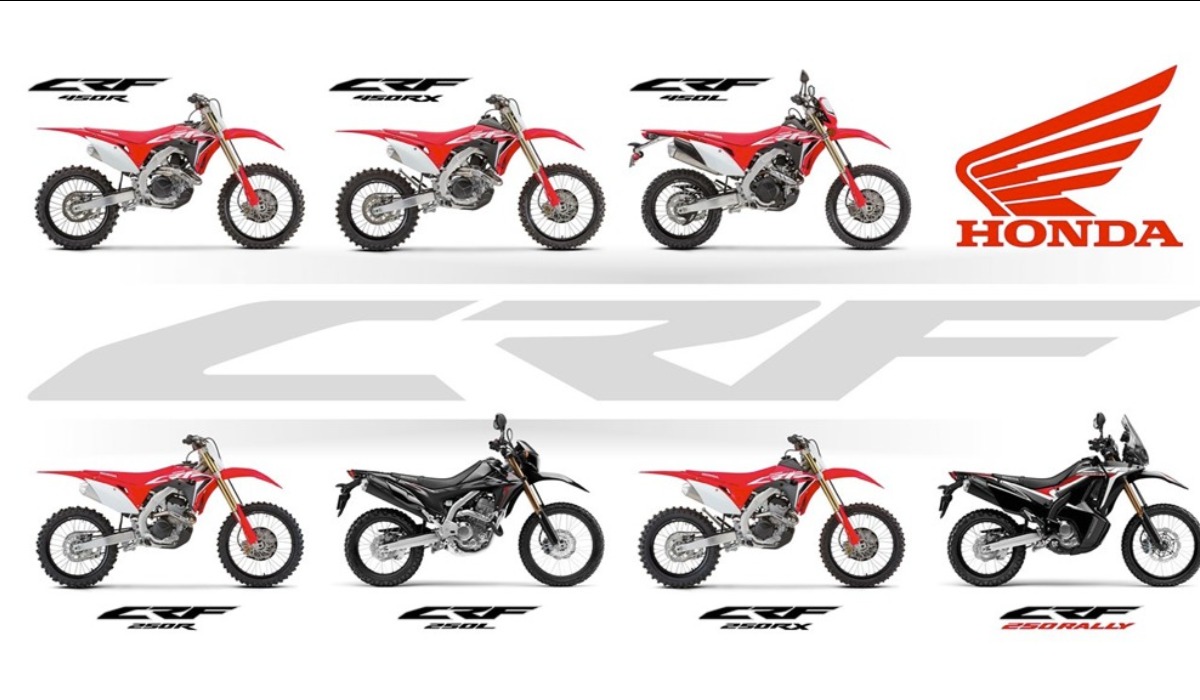 Bringing it in-line with the flagship CRF450R, the 20YM CRF250R benefits from upgrades to chassis and engine, boosting both performance and handling.

Engine changes bring increases of 4% and 8% respectively to peak power and torque, at the same time as improving the all-important low to mid-range torque, with an upgraded cylinder head and piston design plus optimised inlet and exhaust ports to make full use of new cam profiles. A revised 2nd gear ratio has been introduced to fully exploit the increase in power, with 3rd and 4th gears now featuring a low friction coating for smoother changes. Completing the engine upgrades, the CRF250R receives new FI maps based on learnings from the 450R, for tuned power delivery depending on gear selection.

Weight reduction within the frame and swingarm improve the flex of the chassis; combined with increased rigidity in the swingarm, the result is improved stability and tracking accuracy. Changes to the suspension have been made to increase low speed damping.

After receiving substantial performance upgrades in 2019, the 2020 CRF450R and CRF450RX both now benefit from the addition of Honda Selectable Torque Control, which works alongside revised HRC Launch Control and ECU FI map settings.

The three mode HSTC works to minimise rear wheel spin (thus wasted forward drive) and maximise traction. It doesn’t use a wheel speed sensor, and critically maintains feel at the throttle while managing power; ignition timing is retarded and the PGM-FI controlled when the rate of change of rpm is detected to have gone over a set amount. When the engine is switched off, HSTC retains the last-selected setting for the next ride. The system can also be switched off.

Like its 250cc siblings, the CRF450R and CRF450RX benefit from new rear brake pads, developed to improve longevity and performance, and revised front and rear suspension to increase low-speed compression damping under hard braking and acceleration. Refreshed graphics keep it in-line with the revised CRF250R.

The road-legal dual purpose CRF450L, released last year and using the same frame and engine as the CRF450R moto-crosser, receives the same graphics upgrade as the CRF250R and CRF450R; the CFR250L and CRF250 RALLY are now available in a striking new ‘stealth’ black colour scheme.