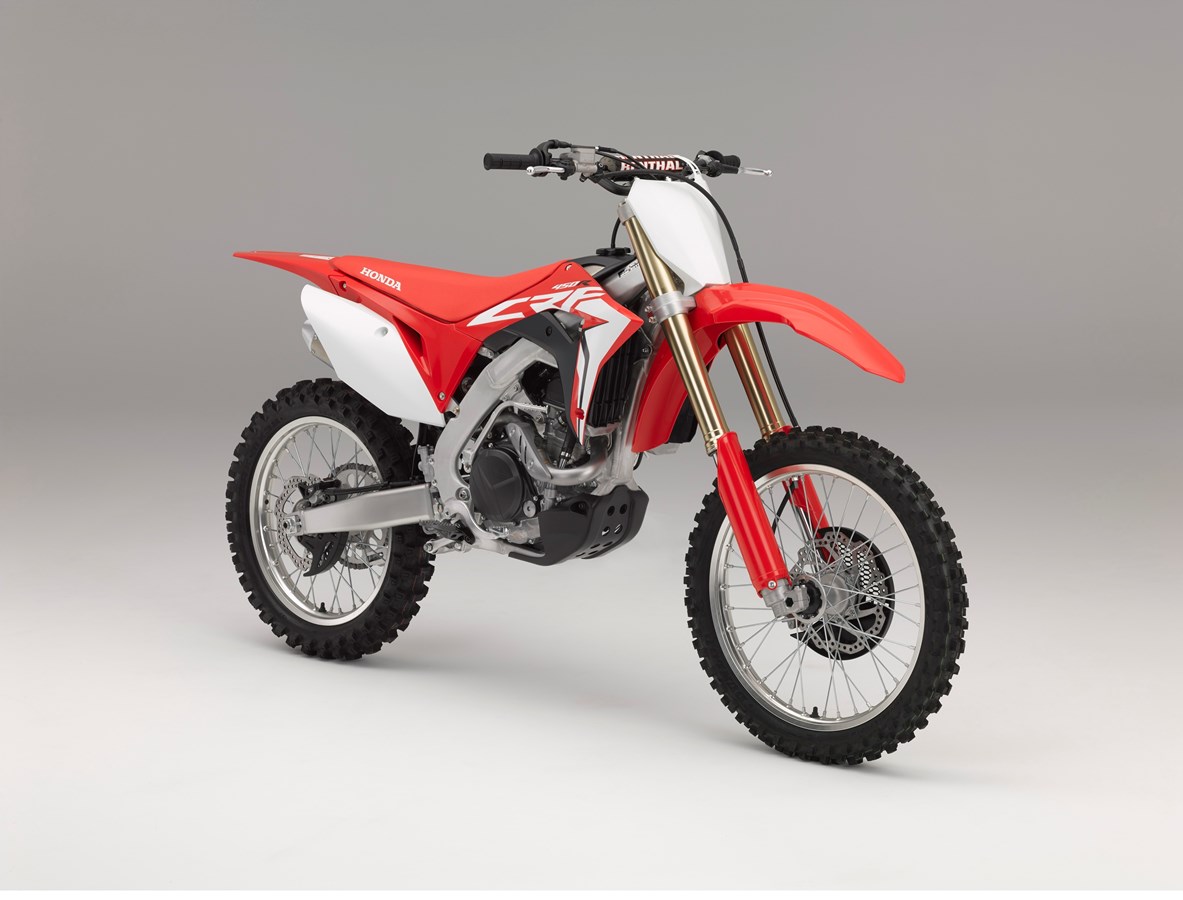 The lightest four-stroke motocrosser of its day, the original CRF450R set the stage for years of class-leading performance. Highlighted by Honda’s all-new Unicam engine and an aluminium twin-spar frame, the 2002 model’s early success was due not only to its outright performance, but also to the friendly characteristics that aided riders’ transition from two-strokes. The model made headlines for its plush, well-controlled Showa suspension, establishing from the very beginning a reputation for controllable, agile handling.

There were minor changes in both of the following two years, the most noteworthy being the move to a longer shock that sharpened the handling even further in 2003.

The second generation CRF450R had big shoes to fill, and it managed the challenge exceptionally. Centred on a heavily updated engine, the 2005 model impressed with improved top-end power and wider power band. An updated design enhanced the overall look, while subtle revisions to the frame altered the bike’s flex characteristics, enhancing the plush feel for which the first generation had already been well known.

Maintenance intervals for valve adjustments were widened in 2005 thanks to new valve seat material, while 2008 saw the introduction of the HPSD steering damper. Additional changes for 2008 included geometry revisions, clutch updates and a rev-limit increase that combined to further solidify the model’s reputation as a benchmark in its class.

For 2009, Honda engineers challenged themselves to create a CRF450R that was lighter than its predecessor despite adding electronic fuel injection. The result of their efforts was the third-generation CRF450R. Benefitting from an extreme focus on weight reduction and mass centralisation, this all-new model was highlighted by a new twin-spar aluminium frame with multiple design changes, including a repositioned steering head, lower overall height and reworked geometry. These changes combined with an all-new, more compact engine to create a bike that was known both its agile handling and strong responsiveness off the bottom.

With an all-new frame and updated engine, the 2013 CRF450R had a design brief that was focused on improved cornering performance. The result of the redesign was great turn-in performance and more consistent steering through corners. A milestone model for Honda, the 2013 was recognised for its dual-muffler exhaust, new styling and KYB Pneumatic Spring Fork (PSF), which used air pressure to provide spring resistance in place of coil springs.

2016 saw Tim Gajser win the MXGP world title for the first time, becoming the youngest MXGP champion ever, at the age of 20.

The CRF450R’s major overhaul was followed up by minor changes in 2018, including updates to the suspension and mapping. In 2019, Honda once again made revisions to the frame, swingarm and shock linkage. Launch control and black D.I.D wheels were added. For the 2020 year model, Honda added Honda Selectable Torque Control (HSTC) to the package.